The weather was partly cloudy, in contrast to the weeks of clear blue skies that we have been having recently. The team were called by Cumbria Police to attend to a female casualty with a suspected ankle fracture just below the summit of the Old Man of Coniston. Covid-19 procedures were carried out and the minimum number of team members required gathered at base to be briefed. The team then made their way to the casualty where she was assessed and placed onto a stretcher before being carried down to the Fell Gate car park for onward transfer to hospital by her friends.

The photographs show our newly-developed virus shield for the stretcher being deployed for the first time. We received the shield on Monday, trained with it last night and used it today on our first incident since March, timing could not have been much better.

This incident was attended by 13 volunteer team members, and lasted about three and half hours. This is considerable longer than normal due to the restrictions placed on the team by Covid-19. 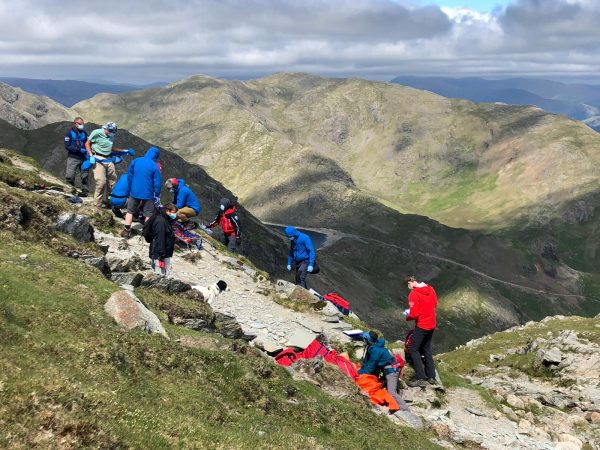