On a dry and sunny morning, a man injured his knee on a scramble up The Bell and was unable to move further. CUMPOL called for the team to assist him, and we deployed three vehicles. He was assessed and his leg splinted. We lowered him gently to a ledge where we could put him onto our stretcher and then lowered him the rest of the way off the crag. He was transported back to base in our converted Land Rover ambulance, where paramedics and a land ambulance were waiting.

This call out involved 17 team members and lasted just over 2 hours. 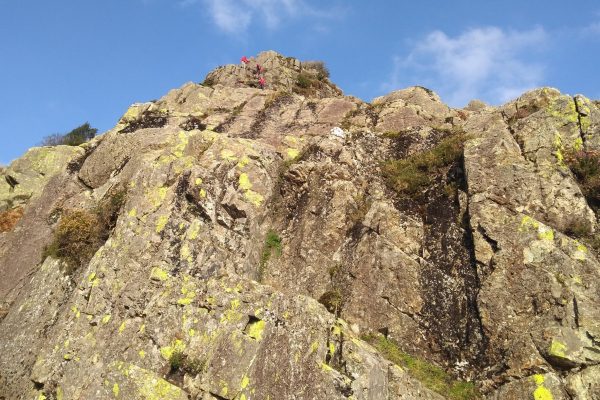