On a cool, windy afternoon, CUMPOL (Cumbria Police) called us about a young lady who had fallen on the start of the descent from Claife Heights to the Windermere Ferry and had sustained an ankle injury. The full team was deployed to carry her on a stretcher down the tricky path to the waiting land ambulance, which took her to A&E for further assessment.

This call out involved 17 team members and lasted 2 hours. 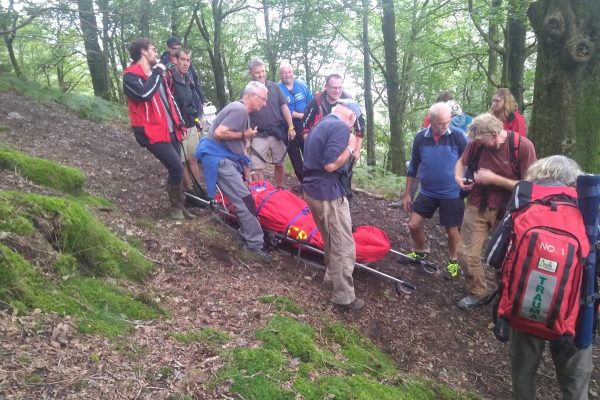