Incident 48 of 2021:-
24/10/2021, 16:07 hrs, Below Goat’s Hause, SD267981
Autumn is back in the Lakes, with rain, wind and low cloud all day. We were called by Northwest Ambulance Service about a young man who had fallen and dislocated his knee on the descent from Goat’s Hause.
We deployed 11 team members up the fell to deal with the incident. This unusual injury was our third of the type in recent weeks, and, after pain relief, the knee was relocated and splinted. We then carried him on our stretcher on the rocky path until we were below Goat’s Water, when we could fit our relatively new wheel to the stretcher and thus use less effort to continue the descent to where we had left our Land Rovers.
We loaded the casualty on the stretcher into our converted Land Rover ambulance and drove him down to base, where he was handed over to a land ambulance.
13 volunteer team members attended this callout, which lasted 4 hours. 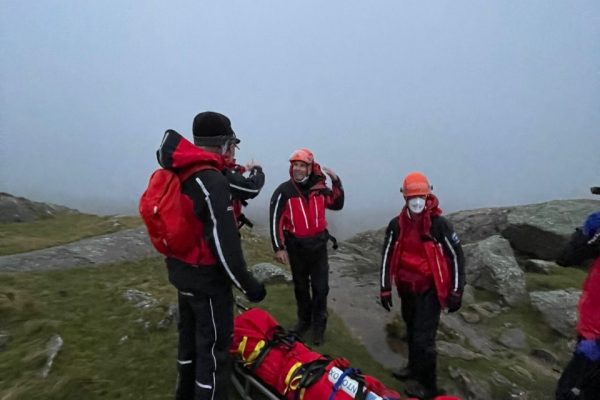