Incident 21 of 2020:-
16/08/2020, 13:33, Hawkshead Hall Park, SD341979
As we were still dealing with the earlier incident, NW Ambulance Service called us about another mountain bike accident also in Grizedale Forest. A young lady had fallen off and sustained a shoulder injury. Our remaining Land Rover was despatched (plus a member’s vehicle) and arrived at the same time as the NWAS land ambulance, so we stood down and the land ambulance took the casualty to Furness General.
This incident lasted around one hour and involved six volunteer team members not involved in the earlier incident (but included in the 27 figure there). 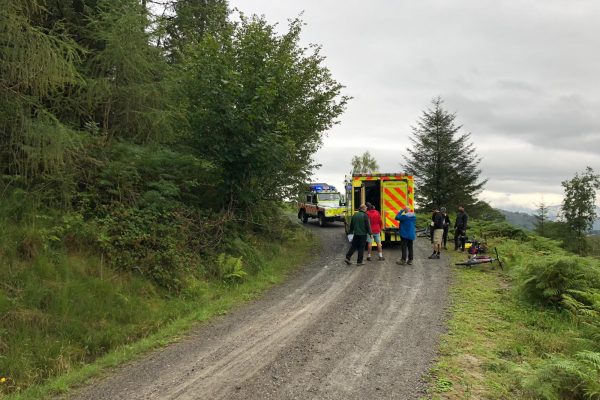