Incident 31 of 2020:-
31/08/2020, 10:13, Hodge Close Quarry, NY317019
The Bank Holiday weekend unusually continued with good weather. We were called by NW Ambulance Service to attend a male who had fallen while in (rather than into) Hodge Close Quarry. We went with two Land Rovers and began to prepare all the gear for a stretcher lower/raise. What we found was that the man had fallen, but now had his boot firmly stuck in a crack in the rocks. Pain relief was given before we pulled him out, leaving his boot behind. His injuries were minor, and we were able walk him up out of the quarry, to where a land ambulance was waiting to look him over.
14 team members attended, plus 2 from LAMRT, and the incident took 1.8 hours. 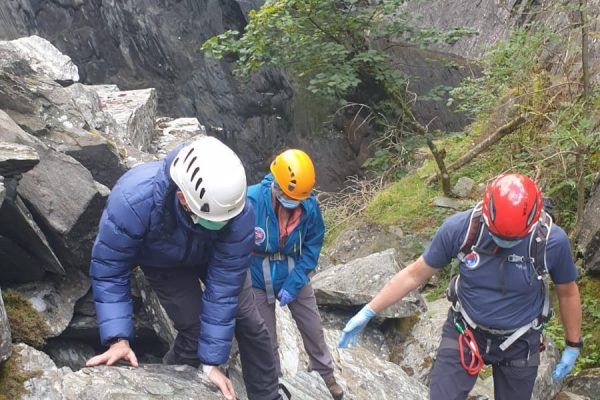