It was a beautiful day on the fells around Coniston. A team member was accompanying a group of people from the South Cumbria Rivers Trust on a walk around Levers Water to look at the various areas from which it is filled. The team member had parked one of the teams mobiles at Paddy End just above the Water Treatment Plant.

On descent down the main track from Levers Water the team member came across a young lady who had been walking with her family. She had slipped and injured her ankle. Her father had seen the Mountain Rescue Land Rover parked up and had descended to see if there was anyone with it.

The team member descended quickly and spoke to the father who informed him that he had rung the police and told them of the incident concerning his daughter.

The team member contacted the police control room via airwave and told them he was on the scene and would deal with it directly. An ambulance was also requested.

A full team call out was not initiated though some members of the team were contacted directly to provide safe journey for the rest of the family and the group from the South Cumbria Rivers Trust.

The team member drove the vehicle up the track to Levers Water where he gave first aid and helped the casualty into the team vehicle. The team member then descended the track with the young lady and her father.

Once at base the casualty was transferred into the care of paramedics from the North West Ambulance Service (NWAS) and taken to Furness General Hospital in Barrow for further treatment.

In total this call out involved 6 team members and lasted 1 hour and 20 minutes. 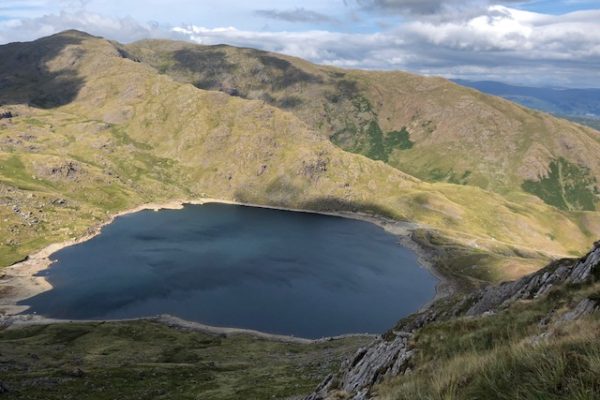