The weather had deteriorated from a showery morning to a rather wet and blustery afternoon.

At approx. 14:00 hrs the Team was contacted by Cumbria Police regarding a lady who had slipped while descending from The Old Man of Coniston with three friends and sustained a knee injury. On contacting the casualty party, it transpired that the lady was still trying to walk down but was struggling.

Given the conditions, a full team call out was made and the team made their way to the scene, meeting the casualty party just below Low Water. The lady had tried very hard to make her own way down with support from her colleagues, but progress was extremely slow. Because the weather was so poor and there was a risk of hypothermia setting in with the casualty and her friends, the decision was taken to splint the lady’s leg, and stretcher her down to the Vehicles at Windy Gap.

Once in our vehicles we all returned to our base in Coniston where we transferred the casualty into the care of a North West Ambulance Service Land Ambulance crew who examined her and took her to Furness General Hospital for further assessment and treatment. 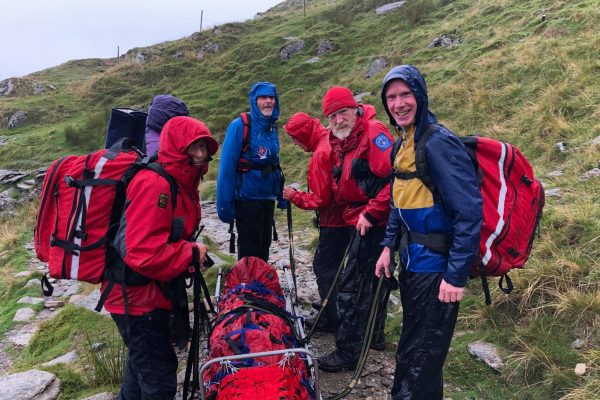