It was a bit windy on the fell-tops, with a Met Office forecast of gusts in the 60-70mph range and snow flurries. A young man had been blown off his feet on the ridge and injured his ankle. He had tried to self-rescue with the help of another passing walker, but was in too much pain to continue. CUMPOL (Cumbria Police) called us out, and we despatched two Land Rovers up to Bursting Stone Quarry, walking up to the casualty site from there.

After assessment, we splinted the ankle and carried him on our stretcher down to High Brandy Crag, where we had relocated the Land Rovers for an easier stretcher carry off. One Land Rover was converted into an ambulance so that it could take the stretcher and the casualty, who was transported to our base where he was transferred to a land ambulance. They then took him to Furness General for treatment.

This incident was attended by 18 volunteer team members, and lasted around 3hrs. 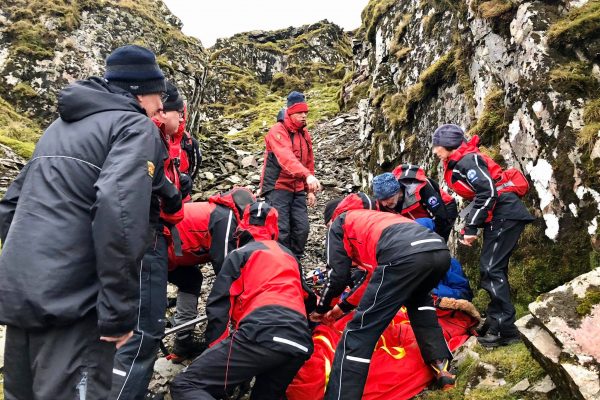