Incident 41 of 2020:-
3/12/2020, 13:49, Old Man of Coniston, SD273974
Winter finally arrived in the Lakes, with snow falling at valley level for most of the morning, though not settling. Up on the hill, it was proper winter conditions with cloud obscuring the peaks. We received a call from Cumbria Police about a woman who was stuck in snow on steep ground to the west of the Old Man. We were unable to reach her on her mobile phone as the battery had died, so had to search for her the old-fashioned way. Three Land Rovers were dispatched with teams to take three different routes to the top.
In the event, she had retraced her steps back over the summit, but was then unable to find the way down in the snow. Some passing walkers guided her down before meeting up with searchers.
17 volunteer members, plus 1 from Duddon & Furness MRT, attended this incident, which lasted 2.7 hours. 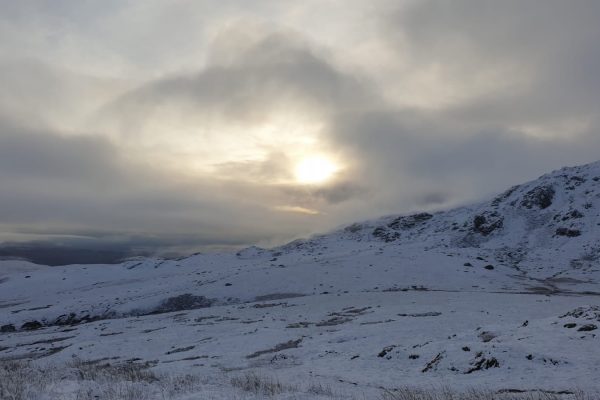