The weather was clear and sunny.

The team were called by Cumbria Police to reports of an 11-year-old youngster who had taken a fall and sustained a bang to his head. Fortunately, the casualty’s father, who was with him, is a doctor and was able to confirm their Covid-19 status and provide initial care for his son. The team gathered at the base and made their way up to Lever’s Water in the team vehicles before proceeding on foot. On arrival on site the team administered pain relief and then carried the casualty down to the Coppermines YHA. We then transferred him to the care of an North West Ambulance team for transport to hospital.

This incident was attended by 13 volunteer team members and lasted about three and half hours. 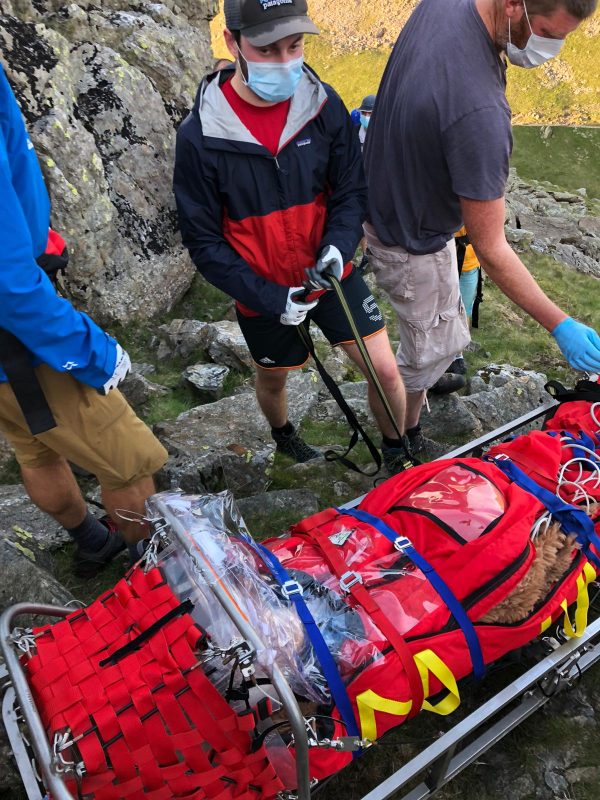