It had been a sunny but cool and windy day on the fells, just before Storm Ciara. We were called by NWAS (North West Ambulance Service) about a woman who had slipped on a rock on the path down the gyhll to the car park. The team assessed her ankle and gave pain relief before carrying her down on a stretcher to our converted Land Rover ambulance. She was then taken to our base, where a waiting land ambulance took her on to Furness General.

This incident was attended by 16 volunteer team members, and lasted 2hrs 15mins. 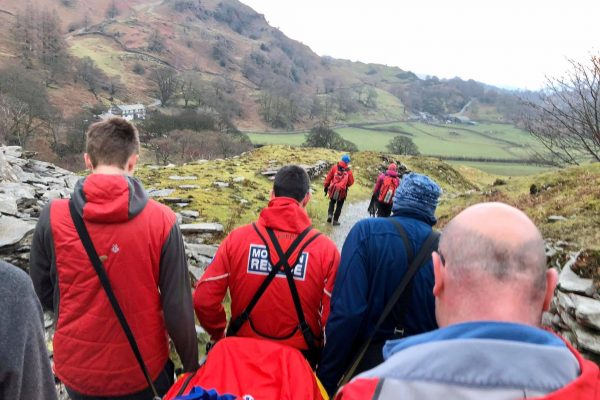