Incident 15 of 2021:-
13/06/2021, 09:37, “Level Field” Coniston, SD295973
The Team had just left the Land Rovers at Crowberry Haws to commence a training exercise when we were contacted by the North West Ambulance Service (NWAS) for assistance with a developing incident.
A gentleman had collapsed and although initially he appeared to be recovering, he then became unresponsive. A passer-by assisted the group by calling the emergency services. Once the correct location was ascertained, the three team vehicles and a land ambulance, which had arrived at the Rescue Base, made their way to the scene. The GNAA (Great North Air Ambulance) also attended.
However, despite every possible effort made, sadly the gentleman passed away.
The Team’s thoughts are with the gentleman’s family and friends at this sad time.
16 members attended and the incident lasted just over 4 hours. 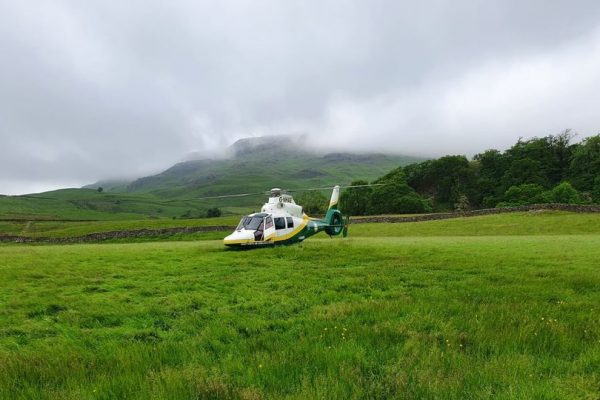