It was a clear afternoon after a very damp and dark morning.

The team were alerted to an incident on Wetherlam Edge by the North West Ambulance Service (NWAS). A lady had slipped on her descent of the edge and had injured her ankle. She was unable to continue her walk.

A full team call out was initiated and the team were dispatched to Tilberthwaite where we made way up to the stricken lady.

Before leaving the base the Coastguard were contacted via Cumbria Police (CUMPOL) to see if they were able to assist us with this incident.

On our journey up the fell we were made aware that the Coastguard would come and assist and would be on scene soon.

In fact very soon the helicopter was overhead. One of the crew was winched down to the injured lady and then assessed her. It was then decided that she would be taken to Carlisle Hospital via the Coastguard Helicopter.

The remaining members of the casualties party were escorted back to their vehicle at the car park in Tilberthwaite.

In total 13 team members attended this incident which lasted 2 1/2 hours. 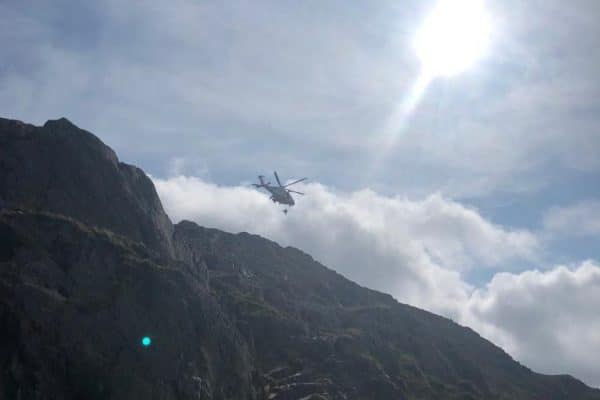