It was a cloudy day and the ground was damp underfoot.

The team was contacted by Cumbria Police (CUMPOL) to an incident near Wise Een Tarn. It had been reported that a lady had slipped and injured her wrist. She was also reported to be unconscious.

A full team call out was initiated and the land rovers made their way to the scene. A Helimed had also been dispatched but due to the low cloud it had to turn back.

The team was soon on scene and the lady who was now conscious was treated for her injuries.

The lady was helped into our Ambulance and taken down the track to rendezvous with a Ambulance from the North West Ambulance Service. She was taken to Barrow in Furness for further treatment.

In total 13 team members attended this rescue which lasted 2 1/2 hours. 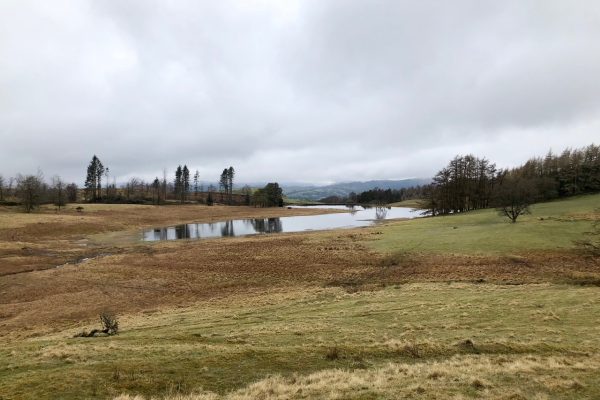