Storm Dennis was making itself felt with lashings of rain when a male cyclist crashed on Wrynose Pass, injuring his knee. We were called out by NWAS (North West Ambulance Service). However, it became apparent that the casualty was actually in LAMRT’s area (Langdale Ambleside Mountain Rescue Team) and consequently they were contacted. Coniston Team was still asked to attend, so we dispatched two vehicles.
In the meantime, a passing motorist had stopped and got the casualty on-board, and we met them at the foot of Wrynose Pass. As we were starting our assessment, LAMRT arrived, and we handed over to their Doctors. One of our vehicles took the cyclists’ bikes to LAMRT’s base, and both Land Rovers were able to return to Coniston base.
The incident was attended by 18 team members, and lasted just under 2 hours. 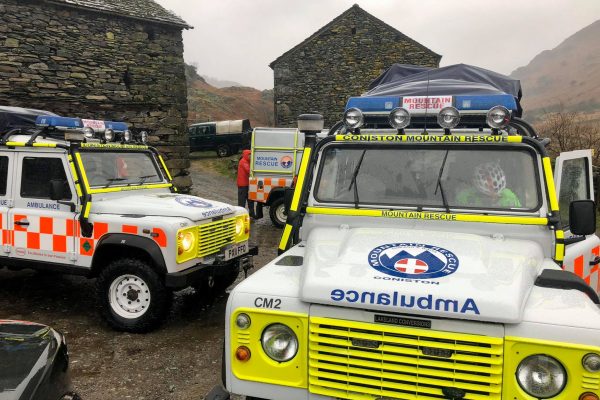