A clear evening on the Coniston fells. The team was contacted by Cumbria Police alerting us of an incident involving a group of five having become lost on their descent of Weatherlam.

The group had become misplaced on the descent due to the ever encroaching darkness and had found themselves stuck on steep ground above White Lady.

The exact location of the group was found and a small team ascended the fells to help the group off the hill. On arrival the group were given torches and were escorted down to Tilberthwaite where we were met by the team Land Rovers.

This call out involved 8 team members and lasted 2 hours.

The weather was damp but mild, with mist on the fells initially, but later this cleared to sunny spells.

We were contacted in the early hours by Cockermouth MRT, asking if we could send a Team to assist in the search of a missing fell runner. Four Team members left the Base at 5.15am that morning.

We were tasked by Keswick MRT to help search Great Gable. We planned to split into two groups, one walking round Napes Needles, the other up Arran Slack, and then rendezvous with Kirby Stephen MRT on the summit, who were covering the main tourist track. However, the fell runner was located on the top of Brandreth, and whilst we were en route there, the casualty was air lifted to Newcastle Royal Infirmary, and we were then stood down.

The incident was attended by 4 Team personnel and lasted about 6 hours. 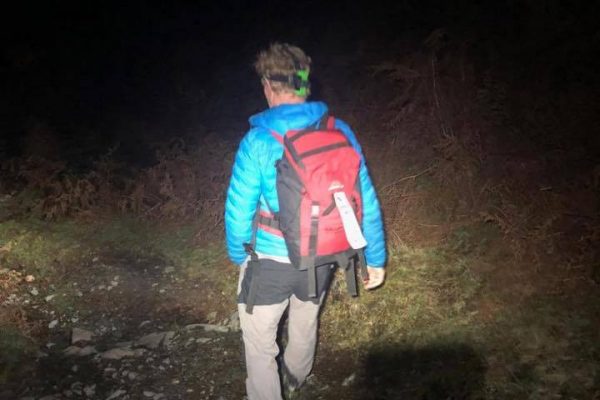