The team was contacted by the North West Ambulance Service (NWAS) to an incident at Little Langdale.

A lady had been visiting Cathedral Quarry and had fallen and injured her arm. She was in severe pain.

A full team call out was initiated and the team made way to Cathedral Quarry via Stang End.

On arrival the lady was being helped up the track by her friends and so she was able to be treated by team members next to the vehicles. She was given pain relief for her injury so she would be more comfortable.

She was helped onboard one of the team Land Rovers and was escorted up to the waiting ambulance from (NWAS). They were waiting on the main road between Coniston and Ambleside.

The lady was taken to Lancaster Royal Infirmary for further treatment.

In total 14 team members were involved in this incident which lasted just over an hour. 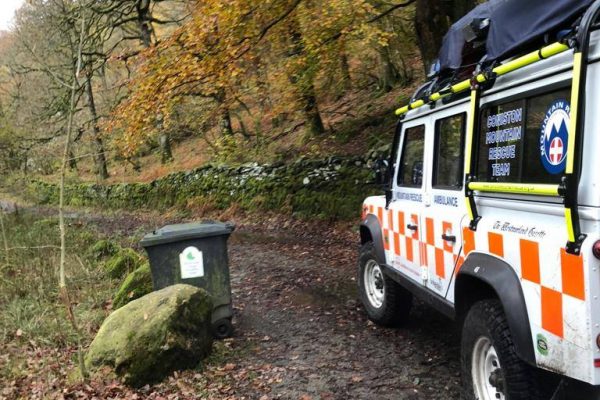