Evening was approaching when the team was called by the North West Ambulance Service (NWAS) to an incident near Hawkshead on the slopes of Latterbarrow.

A young man had slipped on wet grass on the way down off the summit. He had fallen and suffered an injury to his upper arm.

The team were soon on scene and it was quickly recognised that he was in severe pain. He was administered Entonox and morphine for his pain.

A doctor from Langdale and Ambleside Mountain Rescue Team (LAMRT) was contacted by the Team Leader to provide further assistance with pain relief as the man was in severe discomfort.

Once stable the patient was stretchered down to the waiting land ambulance from NWAS and taken to hospital in Barrow in Furness.

In total 21 members attended this incident with 2 members from LAMRT. The incident lasted 2 1/2 hours. 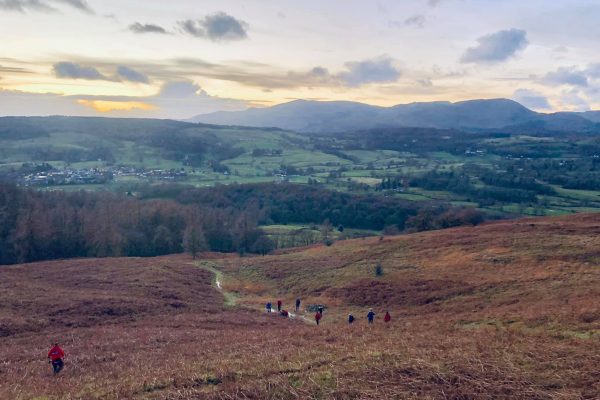