It was a beautiful clear sunny day with a cool breeze on the fell tops.
We were tasked by CUMPOL (Cumbria Police) to attend an incident on Coniston Old Man. The actual location was confirmed shortly after the call out to be below Grey Crag, above Coppermines Valley.
A young man had fallen at least 100ft from the top of the crag. Fortunately walkers nearby were able to go to his immediate aid and assist us in identifying their exact position.

Two Land Rovers were deployed and due to the relatively close vicinity of the incident to the main tourist track, personnel were soon on scene. The GNAA (Great North Air Ambulance) also attended and arrived a little later. The Casualty was assessed and had suffered multiple injuries. He was given pain relief and once stable, was placed in a Vacuum Mattress, and stretchered off the fell side to the helicopter. The young man was then flown to Preston Royal Infirmary.

A total of 14 Team members responded to this call out which took 2 1/4hrs. 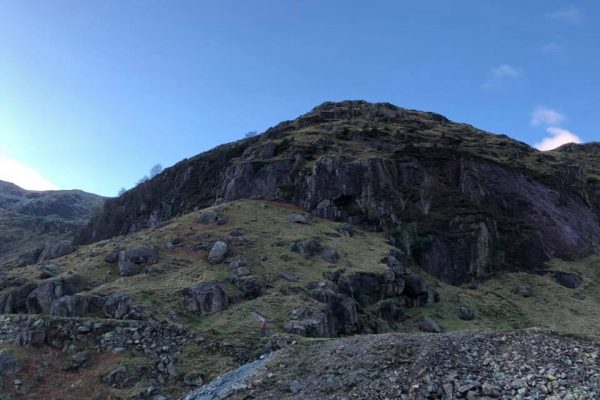