It was a mild but misty late afternoon. Drizzle was intermittent.
We were asked by Cumbria Police to go to the assistance of two walkers who had reported themselves as being lost on Coniston Old Man.

The couple had simply underestimated how long the ascent of the Old Man would take. They had reached Goats Hawse and lost their way in the mist. Unfortunately they had no torches and were concerned about the terrain. However, they informed us that they hoped to reach the summit and then descend to Low Water via the main track.

The Team split into three groups, covering the main tourist tracks. Not long after we were deployed they confirmed they had arrived at the top of the Old Man and were starting their way slowly down. The couple were located safe and well below Low Water with their dog, and accompanied down to Windy Gap. They were driven back to the village and taken to their vehicle for their journey home.

A total of 12 Team Personnel responded to this incident, which took 1hr 45 minutes. 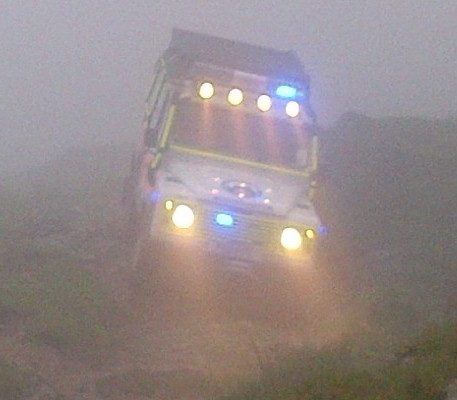