The afternoon was cloudy but dry.
NWAS (the North West Ambulance Service) called us to go to the scene of a motorbike accident in Grizedale Forest.

After speaking to his friend, it was actually a mountain biker who had lost control of his bike on steep ground in the forest. He had gone over the handlebars and injured his ribs and shoulder.

Two vehicles left the Base and the first Team members were soon at the scene. Various Team personnel also made their own way to the incident. The casualty was given pain relief before being stretchered down off the slope and eventually on to the forest road, where the ambulance was waiting. The gentleman was then transferred to Furness General Hospital.

17 members attended this call out which took nearly 2 hours. 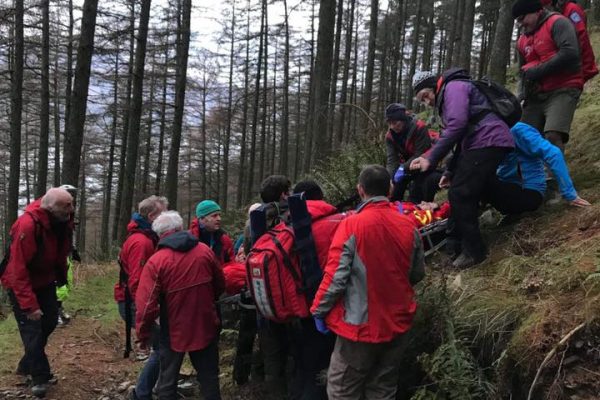