It was a fine day but wet underfoot.

The team was contacted by the North West Ambulance Service to an incident involving a gentleman having fallen and possibly fracturing his elbow.

A full team call out was initiated and the team made way to the scene.

On arrival we were met by the National Park Lake Rangers who had already located the casualty.

The casualty was given pain relief and then was helped onboard the Lake Rangers boat. He was to be taken back to the Boating Centre. Here he was met by paramedics from the North West Ambulance Service.

The casualty was taken to Furness General Hospital for further treatment.

In total this incident involved 15 members from Coniston MRT and lasted 1 Hour and 50 minutes. 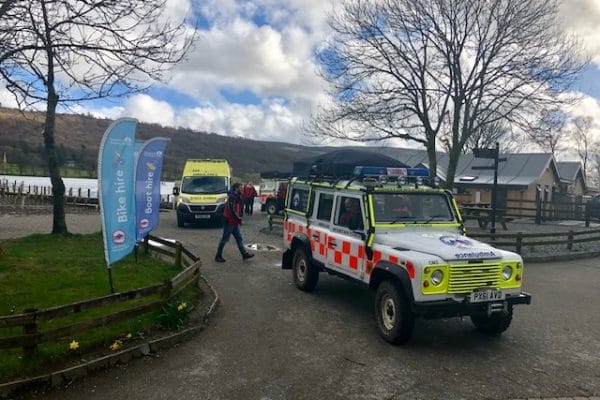