It was a warm, sunny early afternoon.
Cumbria Police (CUMPOL) asked us to go to the assistance of a female mountain biker who had come off her bike and dislocated her shoulder in Grizedale Forest.

Two Land Rovers were deployed and the lady was easily located in the forest near Esthwaite Water. She had indeed dislocated her shoulder. However, after being given some moderate pain relief she was able to walk the 75 yards down to the road where stronger pain relief was administered.

The Casualty was handed over to NWAS (North West Ambulance Service) on their arrival and she was taken to Furness General Hospital. 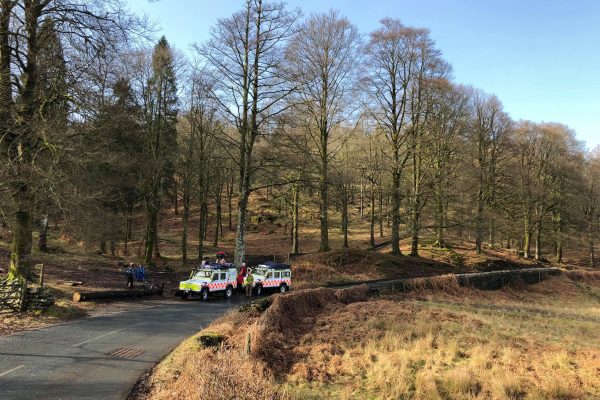