It was a dry but cloudy afternoon and mild for February.

The Team was initially called out by NWAS (North West Ambulance Service) to go to the aid of a young man who was one of four males who had been wild camping. They had all taken Recreational Drugs, but one had reacted badly and was unconscious, but later drifted in and out of consciousness.

It then became apparent that the scene would not be safe due to a report of the use of an offensive weapon, and therefore Cumbria Police took over the incident. Two Land Rovers left the Base and rendezvoused with the Police before joining them in convoy in Grizedale Forest. A small party of Team Members made their way across Satterthwaite Moor, with two Firearms Officers and a third Police Officer. The group was located and once the Police had ascertained it was safe to approach, each of the gentlemen were medically assessed and confirmed fit to be escorted off the moor.

Once we had arrived back at the vehicles, Cumbria Police arranged for paramedics to check the original casualty before he was taken into custody. The other three people were transported to a place of safety by the Police and allowed to make their own arrangements for the rest of the day and eventual recovery of their camping equipment.

Although all not fully deployed due to the circumstances, 20 Team personnel responded to this call out which took 3 hours. 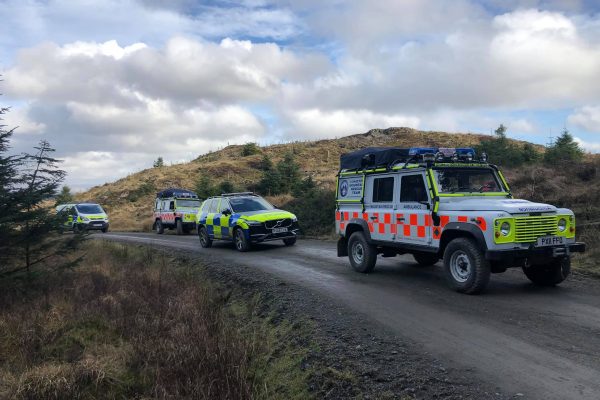