The weather had deteriorated during the day and the hills were blanketed with low cloud and a steady heavy drizzle had set in.

The Team was called by Cumbria Police at 17:15 regarding a party of four who had become stuck while climbing on Dow Crag. Darkness was closing in and the slippery conditions meant that they were struggling to continue, or retreat.

A full team call out was activated. The Duty Leader made contact with the party who were about 2/3 the way up C Ordinary route. The first vehicle left the base at approximately 17:35 and a second vehicle left about 10 minutes later. The two parties then made their way to the base of Dow Crag.

A small crag team climbed Easy Terrace and abseiled down to the party, who were then roped up to the top of the climb. They were then lowered down Easy Terrace to the base of the crag.

Conditions were very tricky with minimal visibility and it was very slippery underfoot, making for a very long and testing rescue. In total 16 members were involved in the incident which lasted 7 hrs 10 minutes. 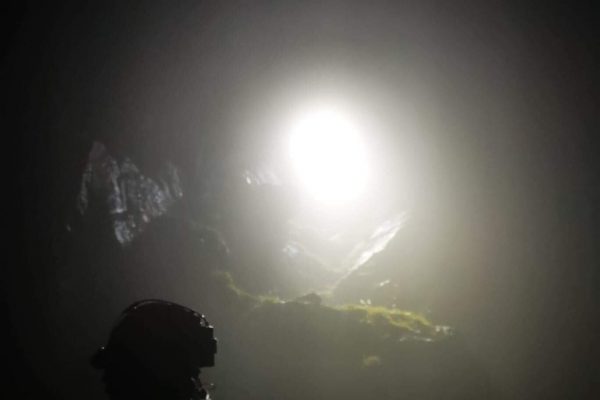