The team was contacted by Cumbria Police (CUMPOL) to an incident near Holme Fell.

It was reported that a Fell Walker was unconscious and had been vomiting.

Due to the serious nature of the incident the team swiftly left the base and made way to Holme Fell.

We were quickly on scene with the casualty who was now sat up and conscious. Her vital signs were checked and Oxygen was administered.

The lady was stretchered down to the road where we rendezvoused with a Ambulance from the North West Ambulance Service (NWAS).

The lady was taken to Furness General Hospital in Barrow for further checks.

In total 16 team members attended this rescue which lasted for 2 hours. 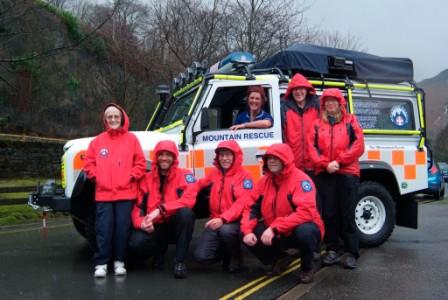