The team were contacted by the North West Ambulance Service (NWAS) to an incident near Far Sawrey. A male casualty had collapsed due to an existing medical condition.

A full team call was initiated and two vehicles left the base. When the team arrived on scene the casualty was already being treated by paramedics from NWAS.

Once the casualty was stable the gentleman was stretchered down to the NWAS Ambulance and was taken to Furness General Infirmary in Barrow. 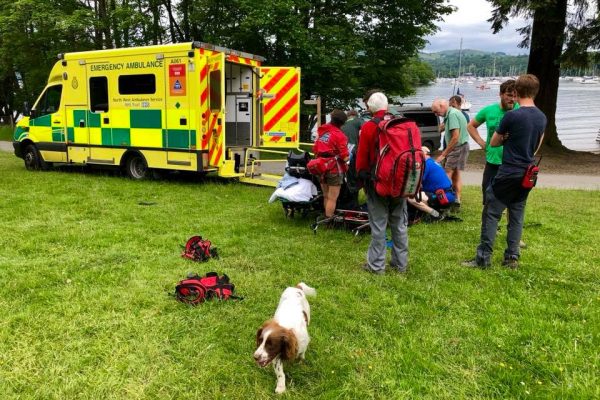