The weather was fine and the tops were clear.

The team were contacted by Cumbria Police (CUMPOL) to an incident involving a female slipping and injuring her ankle.

The lady was unable to weight bare on her injured ankle.

A full team call out was initiated and the team made to the scene.

The lady was treated for her injury and stretchered down to the waiting Land Rovers on the Walna Scar track.

Once at base she was further treated by paramedics from the North West Ambulance Service (NWAS) before being allowed to return home.

In total this call out involved 14 team members and lasted just over 3 1/2 hours. 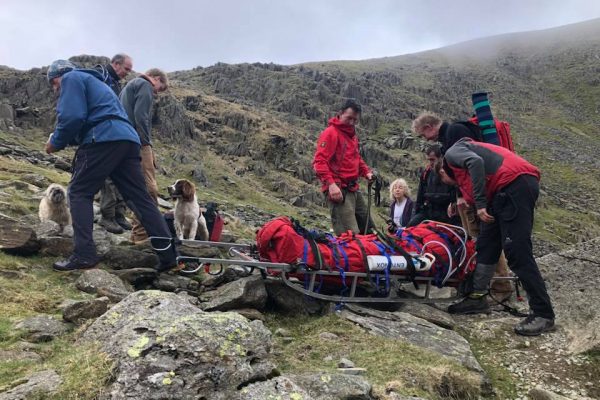