It was a fine day in Coniston.

The team were contacted by Cumbria Police (CUMPOL) to incident involving a lady having been taken ill on the track between Miners Bridge and Windy Gap having ascended the Old Man of Coniston.

The lady in question had been reported to be unconscious and suffering breathing problems.

A full team call out was initiated and due to the serious nature of the incident the first members quickly reached the lady.

On arrival at the scene the lady was conscious. A medical examination was carried out before the lady was stretchered down to the waiting Land Rovers.

Once at base she was met by some paramedics from the North West Ambulance Service (NWAS) and taken to Furness General Infirmary for further treatment.

In total this call out involved 12 team members and lasted 1 1/2 hours. 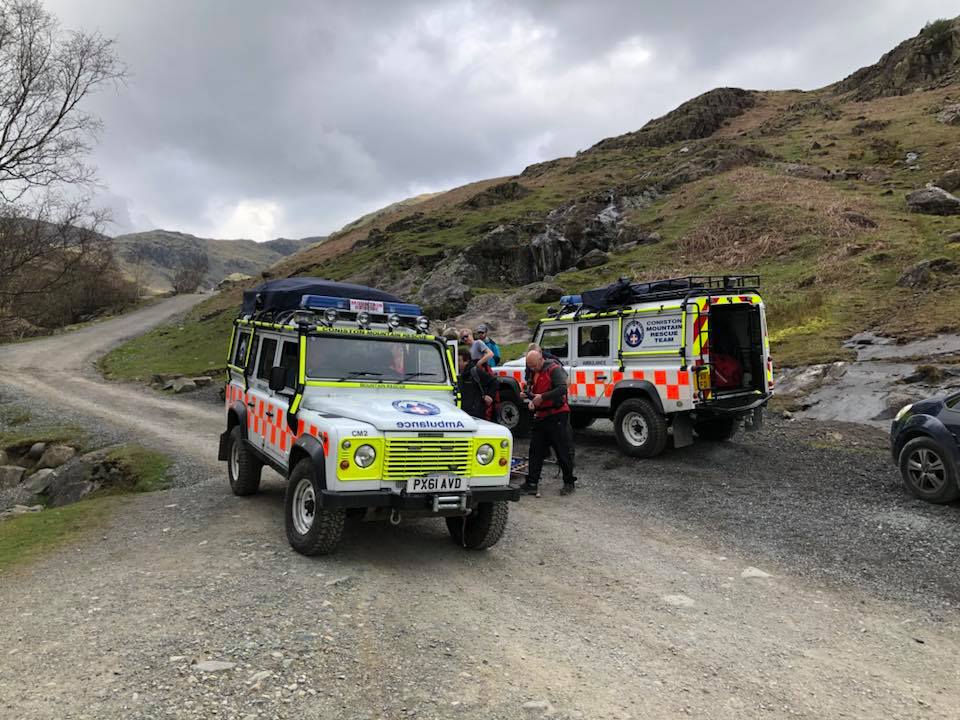